Veganism: A New Trend or Whats’s Behind the Movement?

Whether a “Vöner” or a “Vurst” to go – in my hometown of Berlin, this is no longer a rare picture. At some corners, the subject matter provides material for long conversations and also the internet is saturated of blogs and videos about veganism. Is this just another trend or is there a little bit more behind it?

Let’s be honest: When looking at the menu some of us might see the “veggie burger” and think of it as a healthier option. And also in the supermarket, the colorful vegan shelf might be appealing to one or another meat eater. So don’t we do anything good for our body by eating vegan?

But the opposing side is also strongly represented, because the vegan lifestyle will certainly be just another trend. After all, human beings are made to eat meat. And it’s also common knowledge that vegans are struggling with so many nutrient deficiencies. That can’t be healthy, can it?

Let’s find out together.

Many people venture the step into a vegan lifestyle due to animal welfare. Ethics is therefore the decisive factor for many vegan people. And to be honest, anyone who has ever watched a documentary about industrial livestock farming loses their appetite for animal products. One or another might be so impressed by this insight that they want to do something about it. One possible way is the vegan lifestyle.

Very simple calculation – if we don’t eat any animal products, then fewer animals have to suffer and die for the food industry, right?

Of course it’s not like that. Just because a person doesn’t use animal products, it doesn’t mean they’ll be less produced. But if another hundred people take the same step, the production line has to change down. And if, as is the case in Germany, 1.2 million people abstain from animal products, this is a very big number for the meat industry and at the same time a success for the environment.

Did you know that for the production of one kilogram of beef about 15,500 liters of water and 16 kilograms of feed are needed? In addition to the high consumption of resources that means among others that valuable agricultural crop land, that would make an important contribution to the hunger of the world, is used to deliver us a steak on our plate. Furthermore, there is still a very high output of greenhouse gases, which is known to promote global warming. Let’s admit it – this does make us thoughtful.

But what about the whole soybean cultivation? After all, it’s well known that soy is a popular vegan food. And this cultivation should not affect the ecological footprint quite as advantageous. However, the fact is that only a very small proportion of soy is cultivated for human consumption. The larger part is used to feed livestock.

Just on an ethical and environmental level, the vegan diet is already worth considering.

Human beings are “carnivores” and eventually meat does provide us with proteins and nutrients. If we look at the so-called biological value of animal proteins, we can see that it’s higher than that of plant protein sources. Biological value is a measure of how much of a dietary protein can be converted into the body’s own proteins. Since the protein composition of an animal is more similar to that of humans, they are easier to use by the human body. With plant based proteins, however, there is always a lack of a “component”, which is why the body can do less with it. However, combining different sources of plant proteins together increases the biological value.

Thus the body can be supplied with enough proteins also on the vegan diet. In addition, other advantages are worth mentioning. If we use plants as a protein source, we also get other beneficial substances. Plants are rich in minerals and vitamins, as well as fibers and phytochemicals, all of which are good for our bodies.

Meat and fish provide a range of nutrients that are important to us, too. However, we should not neglect the “unwanted” substances that enter the product as a result of the unnatural animal’s way of life.

Something similar happens in the production of plant based foods. Hardly anything is fertilized or sprayed with pesticides. However, the fact is that feed for livestock is also a burden.

And what about the Lack of Nutrients?

As in any other diet, veganism can lead to nutritional deficiencies – simply by not eating in a balanced way.

The food industry offers so many vegan products – all the way from vegan cheese to vegan sausages and much more. You could eat burgers, pizza and deep-fried food every day. This is equally unhealthy – with and without meat – and goes along with a lack of nutrients in the long run.

Therefore, it is important to maintain a balanced diet and to ensure that all nutrients the body need are provided. This applies to any diet.

One vitamin that vegans should monitor and/or supplement is vitamin B12. Vitamin B12 is practically only found in animal products. Exceptions are fermented foods, such as sauerkraut or beer. However, the B12 content is very low in these. Oh, by the way: If you want to find out if you have a vitamin B12 deficiency, you should have the holo CT level and / or the methylmalonic acid (MMA) concentration tested. The vitamin B12 level in the blood doesn’t provide enough information about a possible vitamin B12 deficiency, since there is no distinction between active and inactive vitamin B12.

There are also other nutrients that are critical in a vegan diet, e.g. iodine, iron, zinc, selenium and vitamin D. However, this not only affects vegans, but also the general population. All other nutrients are easily covered by a balanced diet.

But isn’t the Vegan Way of Life a bit Overpriced?

In general, it is a bit more pricey, if you want conventional foods in a vegan way. Vegan cream cheese is almost twice as expensive as traditional and also meat substitutes or vegan protein bars help lightening your purse. But apart from these products, it is just as costly as a balanced normal diet of a carnivore. And let’s face it, if you treat yourself to high-quality meat several times a week, it will affect your finances as well.

In general, vegan plates differ from carnivore plates only by the absence of animal products. Instead of animal proteins, more seeds and legumes are represented on their plates. The bottom line is that both diets result in a similar sum with regard to price.

The vegan lifestyle is a “trend” that is currently being followed by many people. In Germany, about 200 people daily turn their backs on meat consumption (vegans + vegetarians). The change is supported by many new vegan restaurants. Even the “German Ratskeller” offers cappuccino with soy milk and a vegan burger nowadays. The supermarkets are broader and people are more open to veganism. These are great conditions to try something new.

In veganism, there is no “black or white”. Every medal has its downside. It can be healthy, but it can also be rich in unhealthy foods like any other diet. The danger of suffering from a lack of nutrients is also presented here. However, if one deals more intense with the critical nutrients, these deficiencies can be well prevented. The vegan diet can be very costly, but equally well priced. There are advantages and disadvantages – as with any other diet. From a nutritional point of view, a balanced vegan diet supplemented with vitamin B12 can be very healthy.

In the end, everyone has to decide for themself if this diet fits their life. But why not take a step in that direction? What about a vegan revolution one day per week to start with? Just try it! 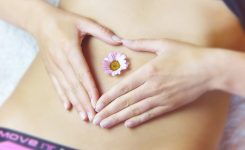 The Fascinating Gut: More than Just a Digesti... 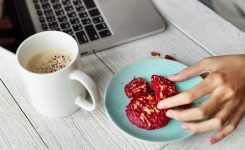 Habits: How to Replace Bad Habits with Good O... 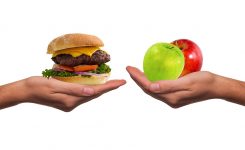 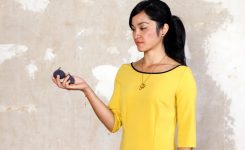 Why I became a nutritionist in Berlin 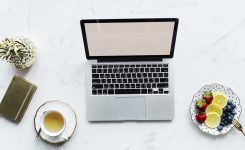